Create an Account - Increase your productivity, customize your experience, and engage in information you care about.

The Winter That Would Not End

The December Ice Storm of 2013
Big snow of early January, followed by big freeze, more snow and cold, a 2-day "thaw," and below normal temps well into March. Something we want to remember, but it will be a holiday we won't forget. How many days did you stick it out before the dark and cold just got to be too much? Many finally found other places to stay on the same day the power suddenly reappeared. What a relief to return late and find lights! Heat! And then, a week later, we heard that there might be a bit of a snow event - a 36 hour event, followed by single digit highs when we were lucky.

The city placed a ban on non-emergency driving for a day. At least the power stayed on. At the end of February, we were still in the teens for high temperatures. Meanwhile, it was in the 60s at the winter Olympics. By mid March we had a day of almost 50...followed by another half foot of wet snow and a record setting below 0 night. The newspaper headline was "ENOUGH!" Few disagreed. 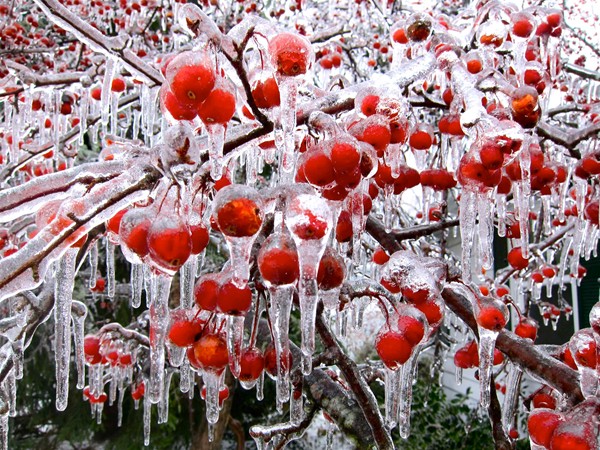 Recovery
By April, the city was able to clear most of the debris. Snow Drops and Crocus risked blooming, Maybe, we thought, winter is finally over. Those who are old enough were reminded of the winters in the late 70s. The winter of 2014-15 gave us much less snow and ice, but day after day of bitterly cold temperatures. In February only 4 days met or exceeded the norm, and numerous nights fell below zero.

For reasons unknown, last year's popular "polar vortex" terminology was seldom heard. This winter we apparently got our weather straight out of Siberia-and not metaphorically. At least we were not Boston or parts of Maine, some of which neared or exceeded 100 inches of snow.
Neighborhood Watch
Public Schools
Parks, Art & Recreation
Downtown
City of East Lansing
Maps
[]